Breast cancer is the most common female cancer, the second most common cause of cancer related death in women, and the leading cause of death in women ages 40 to 59 [4]. Most common sites of metastasis of breast cancer are the lungs, followed by bones, liver, and brain whereas metastases in the female genital tract neraly are uncommon [2,3].

Metastatic disease to the female genital tract from the breast is rare. When it does occur, it mostly involves the ovaries possibly due to the nature of the stromal metabolic environment in terms of pH and oxygen tension. Loss of expression of the adhesive molecule E-Cadherin in infiltration lobular but not ductal carcinomas has been proposed to partially explain the differences in metastatic patterns [5,6]. Stemmer Mann proposed that majority of uterine metastases are a result of local lymphatic spread from earlier ovarian metastases as compared to probable hematogenous spread when the ovaries are disease-free [1].

Metastases to the uterus from extragenital locations account for less than 10% of all cases of metastases to the female genital tract (nearly 200 cases reported, more than half from a primary breast cancer) [7]. Within the uterus, the myometrial involvement predominates over endometrial (with stromal infiltration and sparing of the glands) and thus patients can be asymptomatic [8]. 43 autopsy cases and 9 hysterectomy specimens, and reported metastases in 96% of cases found in the myometrium with about a third also demonstrating endometrial metastases. Only 3.8% were limited to the endometrium [9]. Breast and colon cancers are the most frequent primary neoplasms found to metastasize to the uterus [10].

Metastases to the cervix are even rarer with 3 cases of isolated cervical metastasis being reported. The latest of which was documented by Andrew et al. [10]. A case of a 43 years old female who had a history of intraductal carcinoma of her left breast that was surgically managed 2 months prior to new onset abnormal vaginal bleeding. An endometrial biopsy performed as part of the workup revealed a poorly differentiated adenocarcinoma with immunohistochemical staining patterns similar to her previously diagnosed breast cancer. The patient was managed with a hysterectomy procedure which grossly revealed a fleshy polypoid endocervical mass. Microscopically, cords of carcinoma cells were identified, a pattern characteristic of breast carcinoma [11].

Eight cases of isolated uterine metastasis after breast cancer where infiltration rates of endometrium and myometrium were found to be comparable. The histologic type predominantly in their series was invasive lobular carcinoma [12]. For the past 2 decades, Tamoxifen has been a wellestablished drug in the management of both early and metastatic breast cancer. Risks of uterine cancer after its use, however, also have become well established, especially increasing after its long-term use [13].

Breast cancer metastases, particularly lobular, expresses cytokeratin 7 on immunohistochemistry most when compared to other extragenital metastasis. GATA-3 expression also reported as high in these cases. In our case report, the high clinical suspicion and the morphological resemblance to the slides obtained earlier from the breast carcinoma precluded the need to perform these tests.

In conclusion, it is prudent to entertain the possibility of uterine metastasis, whether isolated or in association with other sites in the female genital tract, from a breast cancer primary in patients presenting with vaginal bleeding after their breast cancer management. Tamoxifen use in itself predisposes to an array of conditions that can cause vaginal bleeding but its use doesn’t rule out a possible concomitant uterine metastasis from the mammary primary location. Metastatic carcinoma to the endometrium may be suspected if one of the following signs is present:

1. A tumour with an unusual gross or histological pattern for primary endometrial carcinoma.

3. Lack of accompanying premalignant changes in the residual benign endometrium. 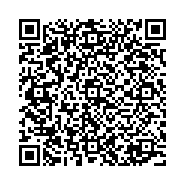